As required by CalATMA bylaws, this notice is to inform you of the inaugural Board of Trustees elections on Sunday, December 9, 2018 from 1:00 – 2:30 pm at multiple locations.

For those interested in running for the Board of Trustees, an application may be submitted by mail to: 1017 L Street PMB 783, Sacramento, CA 95814, or by e-mail to: calatma@gmail.com. Board of Trustee Candidacy applications may be downloaded below.

CalATMA bylaws govern the election and Board of Trustees composition:

Powers. There shall be a Board of Trustees (the “Board”) of the Association, which shall supervise and control the business, property, and affairs of the Association, except as otherwise expressly provided by law, the Certificate of Formation of the Corporation, or these Bylaws.

Election procedures for the inaugural election on December 9, 2018, defined by the CalATMA Elections Committee, are listed below:

Every professional, lifetime, and student member in good standing is eligible to vote and run for the Board of Trustees.

An application has been made available for eligible members who wish to run for the Board of Trustees. The application to run for a Board of Trustees position in the inaugural election must be received by CalATMA by November 9, 2018 for the candidate to be eligible. Every eligible member who submits an application which is received by the due date of November 9, 2018 will be put on the ballot to ensure democracy, transparency, and inclusiveness.

The names and applications of eligible candidates for the Board of Trustees will be distributed in advance to all members so they can learn more about the candidates, to help inform voting decisions.

Because there are currently ten vacant L.Ac. trustee positions, each L.Ac. member may cast up to ten votes, with a maximum of one vote applied per individual candidate, to be divided among the slate of nominees on the ballot. Write in votes are not permissible as all eligible inaugural Board of Trustees candidates will be listed on the ballot. If there are more than ten L.Ac.s running for the Board of Trustees, the 10 eligible candidates who receive the most overall votes are elected.

Each student member is allowed one vote for the single student trustee position. The top vote getter is elected.

In the event of a tie vote for the tenth L.Ac. trustee position or student position, there will immediately be a runoff election with each member getting one vote to cast for the remaining position.

Please mark your calendars to attend CalATMA’s inaugural elections to shape the future of your profession! 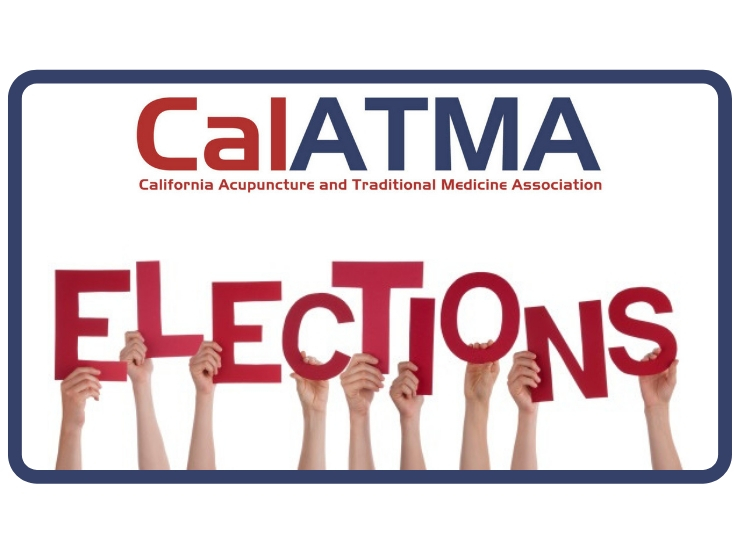 PrevPreviousCalATMA: The Pulse of the Profession
NextGov Brown announces Acupuncture Board appointmentsNext